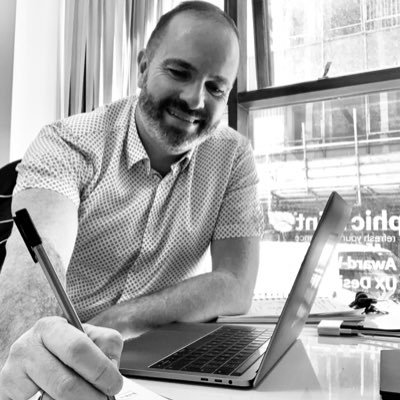 In the post in this series, Why do stories matter? I discussed my avid interest in storytelling and my passion for exploring ways of utilising the strengths and methods of storytelling into my day-to-day design work at Graphic Mint. My attempts to map and integrate aspects from the best practices of storytelling to my Interaction Design process has unearthed more questions; but I am convinced there is something valuable to be found in the overlap between the two fields.

Before I delve into methods of how to infuse “experiences” with story, I want to discuss storytelling’s endurance and adaptability as it has evolved throughout the edges with its good friend – technology! (My Ignite talk at IxDA Dublin’s Defuse 2010 was about this topic).

Throughout the history of humanity, storytelling has evolved alongside technology allowing storytellers to re-craft compelling tales in emerging media. This highlights the important role story has to play in our daily lives as its resilience and longevity as a form. Although I am always really excited about emerging technologies such as the iPhone and iPad, I have no doubt that in the not too distant future they will be replaced again by some other technology and story will adapt and evolve once again.

So lets put on our anthropological hats and travel back in time, from the birth of storytelling, through various key points in human history where story evolved alongside technology, to the modern day.

Once upon a time…approximately 17,000 years old in the Lascaux Caves in France we find the first recorded evidence of human storytelling. Two thousand cave paintings depicting animals, humans and abstract signs going about their daily hunting and gathering activities of their prehistoric lives.

Imagine, being a tribe member, and the experience of slowly venturing into the depths of a dark cave. The flame from your torch illuminates hundreds of cave paintings, bringing them to life as they appear to breath and move in the flickering light.

This could even be regarded as one of the first immersive experiences. I think of multimedia installations and holodeck style environments (like IADT’s VLAB) all over the world referred to by their pet name as “caves” – I enjoy the irony.

One of the oldest forms of storytelling is the Oral tradition. Language and verbal communication are the technology. Stories are passed on from generation to generation as verbally transmitted folktales, sayings, ballads, song or chants. This is most commonly referenced by the bard, traveling from village to village, recounting the tales of yore.

The Oral Tradition exists to this day today in cultures from the Aboriginal people to my native Ireland, where tales are passed down through generations via song and storytelling. Although, I fear this form is dying out and now is the time to start digitally capturing what little is left.

The next major step in the evolution of storytelling was brough about by a technology that we don’t normally think of as a technology – the Written Alphabet. Text partially replaced the Oral Tradition.

In 850 B.C. Homer the bard writes the oldest work of western literature: The Iliad which he adapted from an oral tradition poem.

The Book of Kells

Circa 800 A.D. The Book of Kells was created. It depicts the four Christian Gospels. It is described as an illuminated manuscripts and marks the beginning of graphic design, telling a story by juxtaposing pictorial art and text, combining drawings, paintings, and written narrative on paper.

This example is particularly close to my heart as it is on display in Trinity College in my hometown of Dublin.

The Printing Press was invented by Gutenberg in 1439. Its capability to reproduce text meant that more people had access to new and old knowledge. The impact of this new technology included an increase in literacy of the masses – beforehand, reading was a privilege reserved for the aristocracy.

It also was a key driver of the scientific revolution, as scientists could read each others journal and compare notes. Printing Press technology helped to proliferate and popularise a new form of storytelling – the novel.

During 20th Century a plethora of technologies were invented and story was re-purposed for the different media of Film, Radio and Television. A good example is one of my favourite books The Hitchhikers Guide to the Galaxy by Douglas Adams, which started life as a radio play, then, subsequently adapted into a book, then a television series and now into a movie.

In a couple of posts I will continue the evolution story with Storytelling with Technology: Part 2, where I will discuss how storytelling has evolved with the advent of the Internet. But before that, I would like to “interlude” my next post in the series around a topic that is common to all the traditional forms of storytelling discussed so far:

Do you need help with a Design project? We offer award-winning solutions. Contact us today.

Keep up-to-date on our world of UX with Graphic Mint’s newsletter and social media.